This is a weekly post where I take time to be thankful for the small extras that made me happy this week.

– Long weekend Mondays. Especially when they include a trip to Whole Foods with the best friend.

A big salad and a part of a bean buritto.

– Devouring an excellent near 600 page book in the span of a week.

– Sipping Sleepy Time Vanilla tea out of my Zabar’s mug.

– Hadley cuddling with me all weekend.

– Finding an opportunity to wear a dress with silver sequins.

– Spending time with my brother, cousin, and friends all at once.

– Getting more responsibility at work.

– Discovering Cupcake wine, and then having both bottles of red and white brought to my apartment for Book Club. 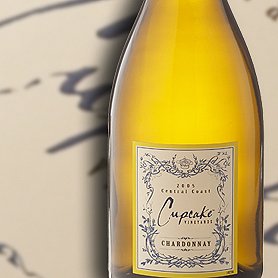 – Booking a Restaurant Week date with the beau for next Friday.

Posted in This Week's Loves, Uncategorized

I was lucky enough to spend yesterday and today with my brother, Corey, and cousin, Jason. Jason lives out in LA, but his work has sent him out to my area for a few months. They actually came over late Friday night after my book club, but we didn’t get to hang out until the next day.

We hung out and caught up during the day and stored up energy to go out at night. We started our night at a BBQ place called Brother Jimmy’s. First we enjoyed hush puppies (not so healthy, but we split the app 3-ways). Then for my main dish, I ordered a salad, since there isn’t much at BBQ place for someone who doesn’t eat meat. The salad was surprisingly good. The best part about it was that there was sliced sweet potato in it. I would have never thought to put cold sweet potato in a salad, but now I am going to copy the idea.

We spent the rest of the night meeting up with a friend of mine who also had a cousin visiting. Yay, for family!

Today, I introduced Jason to ABC Family’s Greek and we spent the next many hours pretending to relive college. It’s amazing to see how much the characters have developed and changed since Season 1. I still think it’s amazing that Rusty hit Evan with a pledge paddle.

After Corey and Jason left, I stocked up on produce at my local veggie market. I love this market, because I can get lots of fresh produce for a low price. Check out what I got for $11.

I'm set for the week!

For dinner, and perhaps with Greek on my mind, I recreated a favorite dish from a local Greek restaurant.

I sliced up onions, green peppers, zucchini, and broccoli and put it on a baking sheet with 1 Tbs of olive oil and seasoned with garlic, pepper, and salt. Then I prepped my salmon with lots of lemon juice and lemon pepper seasoning. I placed the salmon on the same baking sheet as the veggies and cooked at 350. I didn’t time it, but rather, just waited until the salmon looked cooked through. Meanwhile, I made some instant garlic couscous on the oven and toasted a half piece of pita bread. I served whole thing mixed together with a little bit of low-fat yogurt.